The Law Enforcement Torch Run (LETR) is a movement of law enforcement personnel championing inclusion in their communities. LETR is represented in all 50 U.S. states, Canadian provinces and 46 nations, raising more than $750,000,000 since its inception in 1981.

Every year, Law Enforcement volunteers donate their time, talent and resources to a variety of Special Olympics Minnesota events like the Final Leg Run, Polar Plunge®, Tip-A-Cop®, Cop on Top, and lots more. 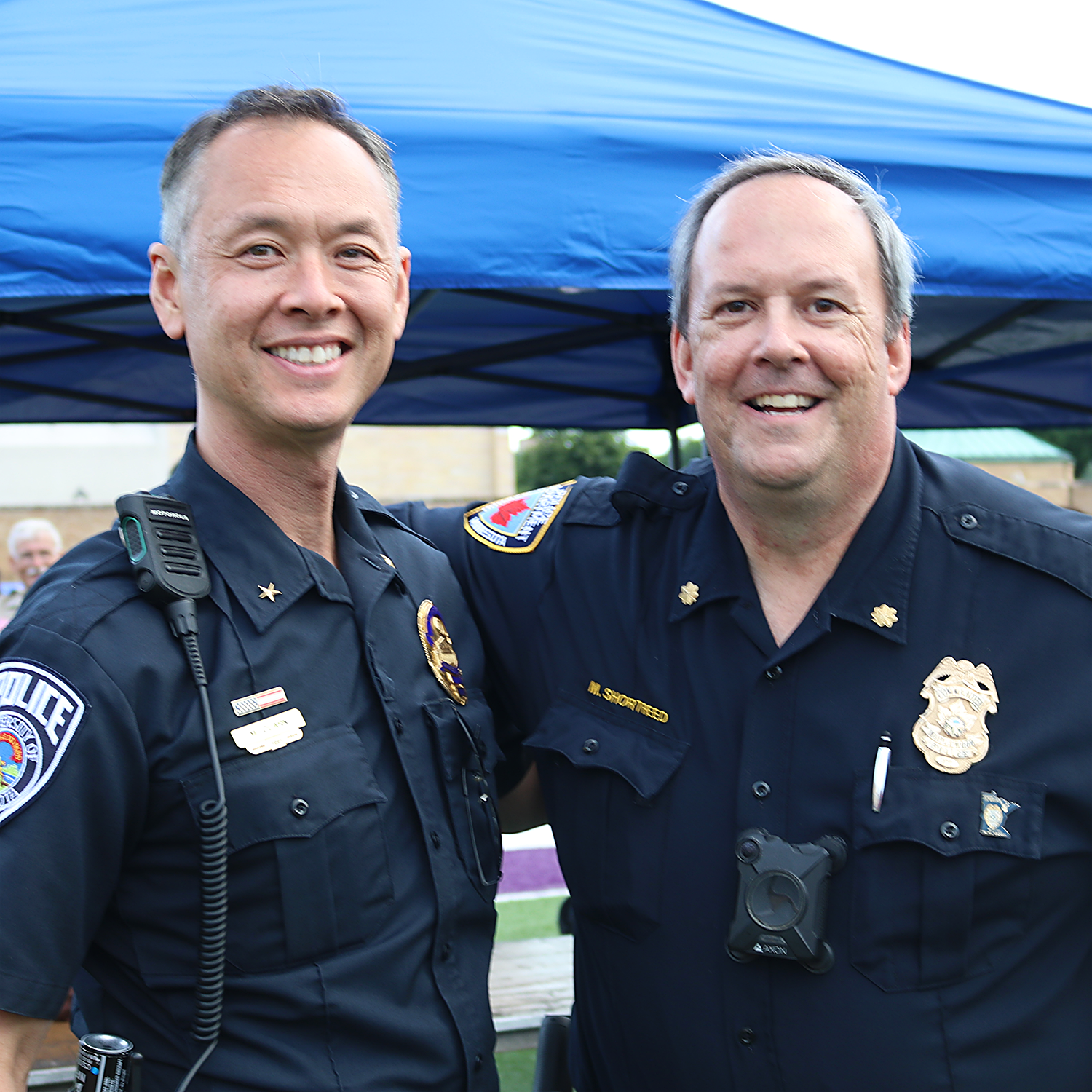 “Without having LETR as a part of my life, I don’t know that I’d be sitting where I am today. I’ve been given so many amazing opportunities and I’ve learned a lot. There’s no way that I would’ve been able to grow as much, both professionally and personally, in the way that I have without Special Olympics Minnesota.”

LETR began in 1981 when Wichita, Kansas, Police Chief Richard LaMunyon created the Torch Run. He thought the Torch Run would help law enforcement be active in the community and support Special Olympics Kansas. In 1983, Chief LaMunyon presented the program to the International Association of Chiefs of Police (IACP). They decided to endorse Torch Run and became the “Founding Law Enforcement Organization.” With the IACP’s support, LETR became the movement’s largest public awareness and fundraising group for Special Olympics.

The mission of the Law Enforcement Torch Run® for Special Olympics Minnesota is to raise funds for and awareness of the Special Olympics movement. Special Olympics is a program which reaffirms our beliefs that with hope and dedication, we can see achievement and self-worth realized by any individual. It is our belief that persons with intellectual disabilities, by their involvement in Special Olympics, show the community at large there are no limits to human potential or the human spirit.

Known as Guardians of the Flame, law enforcement members and Special Olympics athletes carry the “Flame of Hope” into Opening Ceremonies of local competitions. They also carry it into Special Olympics State, Provincial, National, Regional and World Games. There are over 97,000 law enforcement members that carry the “Flame of Hope” annually. The flame symbolizes courage and celebration of diversity uniting communities around the globe.

Since the beginning, LETR has raised over $600 million for Special Olympics programs. Minnesota has one of the most successful programs in the world, with more than 1,500 volunteers raising $4.8 million in 2019. This money allows our athletes across the state participate in athletic, leadership, school and health programs that help them empowers people to transform themselves, their communities and the world.

Torch Run has grown over the years and now includes many fundraising events, including the Final Leg Run, which kicks off the State Summer Games each June; more than 21 statewide Polar Plunge® events; Tip-A-Cop® events; Cop on Top events; golf events; a Plane Pull event, the World’s Largest Truck Convoy®; and other miscellaneous fundraising events.